Review of Healing a Cowboy's Heart by Sandy Sullivan 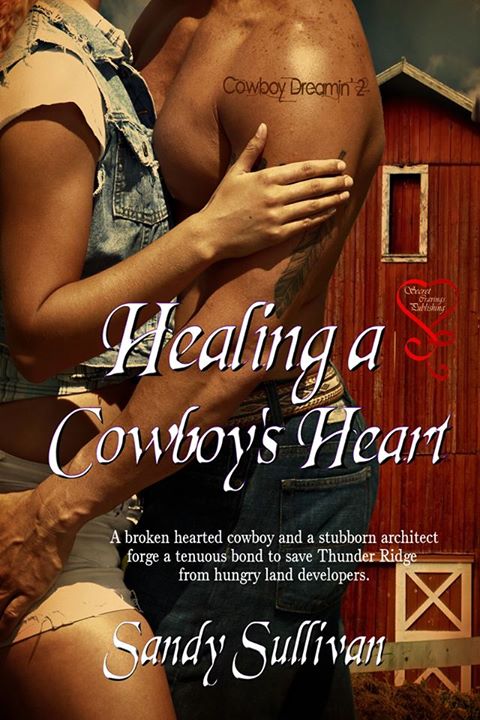 Howdy folks! Today I am part of Sandy Sullivan's Healing  A Cowboy's Heart Blog Tour. This is my HONEST AND TRUE REVIEW. We hope you will take the time to check out this review and to follow the rest of the blogs on this awesome Blog Tour.
BLURB:
Jeffery Young is tired of women and their games. His son’s mother did enough damage to his heart to last a lifetime. Now, he had to deal with the architect helping the land developers tear up the local ranches for their houses. Not on his watch.

Terri Kennedy had her own plans. As the architect for a large land development in Bandera Texas, the deal would put her business on the map, but dealing with the stubborn, bullheaded male from the local ranch didn’t come with her job description. Maybe staying on their guest ranch would give her some clues as how to handle Mr. Stubborn Jackass.

Will the secrets she’s harboring keep him from getting close?

Can he learn to trust women again or should be play the game to find out what’s she’s up to?
MY REVIEW:
Healing a Cowboy's Heart is one of the best books I read this year! I give this a EASY FOUR OUT OF FIVE STARS! This story had everything. A sexy, stubborn cowboy. A sassy, spirited woman who doesn't know the meaning of give up and a ranch that any person in the world would be glad to call home. I found Jeffery to be the kind of cowboy who I wished I could meet in the real world. He is a VERY loving father, a kind hearted man with shadows on his heart but who is also capable of extreme goodness and can be very pig headed. Now Terri, she is my kind of gal filled with warmth, sassiness, a feisty mouth when you get her going but who is also is very good with children and is just as stubborn as Jeffery, which in my opinion, made them the perfect match. I enjoyed how steamy the sex scenes were and yet how real the whole thing felt to me. It reminded me of how two people in real life would work through a relationship. We know that their are hardships yet moments of utter bliss and as I was reading this book I got to experience it all and that to me, just made this whole book that much more interesting. I can not say enough good things about this book and hope a couple of you lovely peeps would give Sandy Sullivan's Healing a Cowboy's Heart a whirl. I am just about positive you will LOVE IT!

Review of Shiver by Tiffinie Helmer 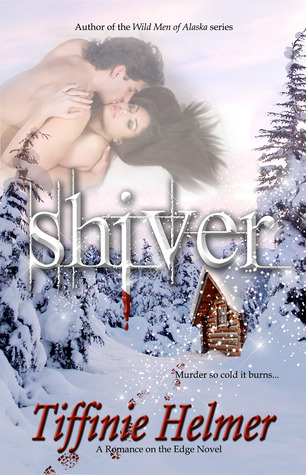 I received an ARC copy of this book for my honest review.
BLURB:
He’s a wolf without a pack... Graphic novelist, Aidan Harte, writes about the kind of heroes he knows he’ll never be. He’s returned to the forgotten gold mining town of Chatanika, Alaska to scatter his father’s ashes and close out the bastard’s life. He plans to get in and get out  without seeing a soul. That is, until things take a deadly turn.

Raven Maiski’s thrilled Old Man Harte is dead. But she’s not happy about the return of his son, Aidan—her soul mate and enemy—who promised never to step foot back in Chatanika. If she doesn't run him out of town fast, he'll uncover what she's hidden from him.

When word of the miser’s death spreads, danger erupts in a hunt for gold
that will either lead to redemption...or blood.

MY REVIEW:
This book deserved a full FIVE OUT OF FIVE STARS which I gave this story willingly and happily. I was absolutely AMAZED with this story. It was downright addicting! Shiver was heartfelt, touching, passion filled, and surprisingly amusing, with a touch of murder thrown in the mix. I fell in absolute lust with Aidan and Raven was such a likable person, even if I did want to smack her on the back of her head a few times for being so stubborn and pigheaded. But their son, Fox was such a charmer and a true sweetheart and incredibly wise and brave. Eva and Fiona were two other characters I liked immensely too. They were both sweet, yet sassy spitfires that had no trouble telling it like it is. This story was well-written, with the kind of characters you would like to meet in real life, and a compelling plot that just kept me attached to my Nook for hours. I hope you pick this book up September 9th on the release day. If not, you will miss out on a superb read. This was one emotional rollercoaster ride I'm glad I got on, one I enjoyed greatly. I HIGHLY and I mean HIGHLY recommend this book.

Posted by Marie's Tempting Reads at 9:19 AM 4 comments:

Review of The Guardian's Witch by Ruth A. Casie 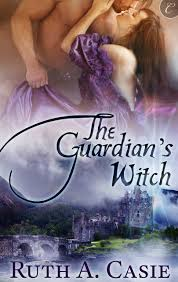 I received an ARC copy of this book through Netgalley for my honest review. First off I have to tell you I just LOVE..and I mean LOVE this cover! The colors and hues are stunning. The title is also a favorite of mine. I think the cover goes perfectly with the title and it was the two of these things combined that instantly grabbed my attention.
BLURB:
England, 1290
Lord Alex Stelton can't resist a challenge, especially one with a prize like this: protect a castle on the Scottish border for a year, and it's his. Desperate for land of his own, he'll do anything to win the estate—even enter a proxy marriage to Lady Lisbeth Reynolds, the rumored witch who lives there.
Feared and scorned for her second sight, Lisbeth swore she'd never marry, but she is drawn to the handsome, confident Alex. She sees great love with him but fears what he would think of her gift and her visions of a traitor in their midst.
Despite his own vow never to fall in love, Alex can't get the alluring Lisbeth out of his mind and is driven to protect her when attacks begin on the border. But as her visions of danger intensify, Lisbeth knows it is she who must protect him. Realizing they'll secure their future only by facing the threat together, she must choose between keeping her magic a secret and losing the man she loves.


MY REVIEW:
There are not a ton of historical romances that can capture my attention and keep me locked onto the book without yawning, but this was stunning. I gave this a FOUR OUT OF FIVE STARS. A total enjoyable, fun, sigh-worthy romance that kept my eyes glued to my kindle needing to know how the story ended. I really felt that Alex and Lisbeth had the perfect chemistry and just made the whole story incredible. The passion was there, crackling on the pages and I could tell that their love for one another was strong. There was nothing that was left out. It really was the perfect historical romance with just the right amount of everything. I also thought the ending fit nicely with the story and can't think of a better one. A worthy read and one I definitely recommend. Hoping for more from Ruth A. Casie.
﻿

Posted by Marie's Tempting Reads at 9:31 PM No comments:

Check out my new blog!

As you can see, I have redone my blog and think the new look is puuurrty. But that's not exactly why I am making this post. I have a few exciting reviews coming up in the next couple of weeks and I can't wait to share with you all. I have been asked to review a VERY good book, called Shiver by Tiffinie Helmver and I am also part of Healing a Cowboy's Heart Blog Tour. Can you believe it, my second Blog Tour since starting my Blog in April! I am THRILLED! Truly and utterly THRILLED! You can definitely expect an update on my reviews in the VERY near future for other Reviews for the month of September and I hope you enjoy the new look of my blog. Have a great evening.
Posted by Marie's Tempting Reads at 9:29 PM 1 comment: