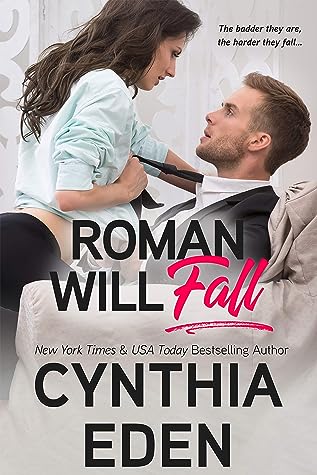 She can’t work with him.They’ve been partners for less than a week, and Roman Smith (if that even was his real last name!) is already driving Harper Crane absolutely insane. His list of faults is a mile long. Roman is secretive, controlling, and far too sexy. Okay, the sexiness doesn’t matter. It can’t matter. What matters is that Roman never listens to orders, he is far too quiet and intense, and Harper is pretty sure that he is up to some seriously shady side business.He isn’t supposed to want his new training partner.Roman has spent his life in the darkness. He is far too well acquainted with evil, and working at Wilde? Well, joining the security and protection firm is supposed to be the first step to turning things around in his world. The first step to becoming someone new. But some habits are hard to shake. And Roman knows that his way too beautiful trainer, Harper, is already suspicious of him. Yeah, so…she is right to be suspicious. Until recently, he has been the bad guy in the story. His list of past deeds could give anyone nightmares. Too bad he only wants to give Harper sweet dreams.Trouble has followed Roman.Roman has some unfinished business from his past—in the form of deadly enemies—who have tracked him. And now those enemies have gotten the wrong idea about Harper. (Probably because Roman couldn’t keep his hands off her on a case.) They think she is Roman’s lover. They think they can use her in order to get to him. They are about to make the worst mistake of their lives.When Roman’s enemies kidnap Harper, he drops the good guy role.Roman races to rescue her—and they are thrown together in close confines. Intimately close. In order to fight the enemies closing in, Harper and Roman have to trust each other. They have to work together. Stay together. Except the longer they are together, the more Roman realizes just how much he wants the fiery Harper. And soon…Roman can’t imagine his life without her.Can a reformed bad guy get a chance at happily ever after? Maybe. If things get Wilde enough…Author’s note: The badder they are, the harder they fall. And Roman is about to fall…HARD. His training partner blindsides him from the very beginning. Bad guys aren’t supposed to believe in love at first sight, and, hell, Roman doesn’t even believe in love at all.

But…then Harper barrels into his life.

When she’s threatened, he will do anything and everything necessary to assure her safety.

And as for Harper, if she gives him the chance, he will prove to her that even bad guys can be good…at least, with the right person.

The Wilde crew is back. Buckle up and get ready for hot times, danger, and a whole lot of surprises.

Just finished Roman Will Fall less than an hour ago and I couldn't wait to sit down to write my review! Roman Will Fall is an excellent, toe-curling, edgy romantic suspense that was loaded with feels and white hot chemistry that made my toes curl in my carpet and had my heart melting with pure joy.

Roman is the kind of bad boy that makes your inner good girl sit up and take notice while Harper is a heroine who is friendly and fierce. And the chemistry between these two is off the charts HOT while the danger surrounding Roman leads to Harper being in danger because of the feelings growing strong and bold and beautiful between them. I was constantly biting my lip, flipping the pages eagerly to see what will happen next. The sex was definitely steamy and the feels had my heart clenching and tears springing to my eyes. This was AWESOME and got me out of the funk I have been living in for a long while now and I am so excited to read the next book by Cynthia Eden. An unputdownable book RIGHT HERE with Roman Will Fall!

Posted by Marie's Tempting Reads at 6:24 PM No comments:

ARC Review - Saved By The Sea Lord (Lords Of Atlantis #9) by Starla Night! 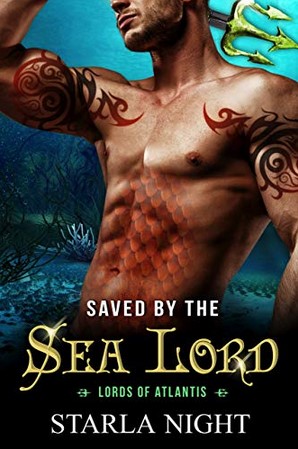 She made a terrible mistake. One that could end an entire race.As the program assistant at MerMatch.com, Hazel should be helping her boss find the gorgeous, tattooed, desperately endangered mer warriors their human soul mates. But after another long rant about how easy it should be to stop their stupid undersea war, she’s suddenly in charge of a lot more than filing.Which is a bit, um, exciting. Her projects tend to fall down around her ears, and if this one collapses, a lot of mermen could die.Then the warrior in charge of carrying out her grand plan surfaces.This deadly shark-whispering shifter is off-the-charts hot. But he needs a clever, diplomatic human partner to complete his mission.There’s only one problem.It looks like Hazel is his soul mate.If you like sexy shifter romance, feisty heroines, and wounded heroes with a dark past, this is the book for you. Go on the undersea road trip of your lives in this super fun aquatic adventure! One woman learns just how much she can accomplish when she’s partnered with a warrior who believes.

A spectacularly under the sea written story from one of my favorite authors, Starla Night!

The newest Lords Of Atlantis story kicks off with Hazel and Lotar on  a mission to bring cities and their mer warriors to come to the bridge and come together to help bring more brides to more warriors. I fell in love with quiet but fierce Lotar and his warrior ways and Hazel is one of the most lovable heroines I have ever met! She is strong and fun with awesome friends and she has a determination that I find genuinely appealing. Her and Lotar make such a cute couple with each balancing the other out perfectly. I loved seeing the many different warriors from past books and seeing Lotar and Hazel work together and become a stronger and beautiful couple. Starla Night put together an under the sea adventure that spoke right to my very heart! This was the best escape to the start of a semi-crazy beginning to 2021. It kept me warm, bubbly, happy and left me thirsty for more. What a special book!

Saved By The Sea Lord gets a FINTASTIC FIVE SPLASHING STARS! Its an utter delight!

Posted by Marie's Tempting Reads at 6:10 PM No comments: