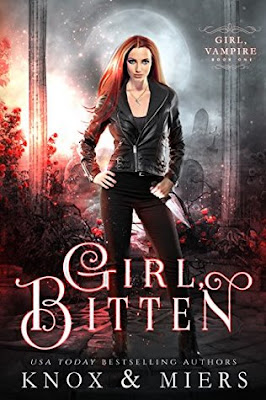 Death has come for the undying.

As a genetics graduate student, Sasha Keleterina knows a thing or two about blood. She’s courageous, capable, and not the kind of woman in need of saving. But when she’s attacked in her lab, she barely escapes with her life—only to find out she’s becoming one of the undead.


A deadly virus is poisoning vampires in the Portland area, endangering them all. Master vampire Arsen Eskandar is desperate to prove himself and save his people. Following the trail of a recent attacker, Arsen encounters Sasha. She’s beautiful, intelligent, and a fighter, and the attraction between them burns like wildfire. But when the master of a rival clan declares Sasha is not only his—but the cure —a centuries-old war between two ancient vampire clans rises to the forefront and a battle to claim Sasha ensues.


But they don’t know her. The only one Sasha is willing to be claimed by—is herself.

Another appealing heroine who is tough as nails, feisty, can kick butt better than any hero I read about in a while. This is a fast paced, page-turner with a plot that is full of mind boggling twists, heart-pounding action, and a storyline that just keeps you on your toes! Its thrilling with some wonderful characters and great banter!

I think this book is a great read. I never get tired of reading books by Knox or Miers. They make a stupendous team. Girl, Bitten shows just how amazing they are with their writing. So go ahead, I DARE you to pick up this book and NOT like it.

Girl, Bitten gets BRILLIANT FOUR AND A HALF STARS!
Posted by Marie's Tempting Reads at 5:00 PM