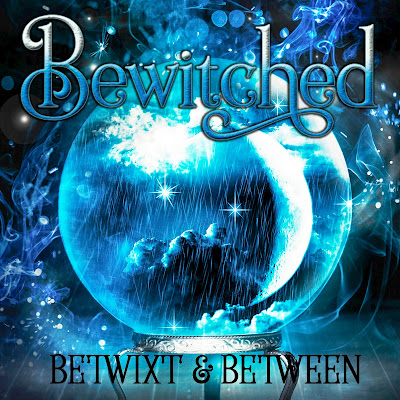 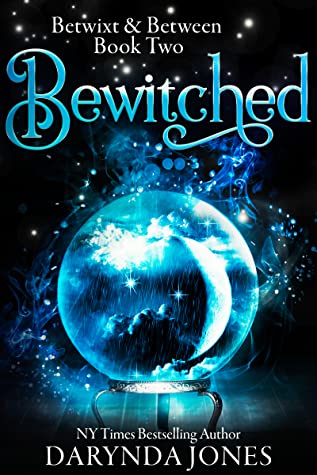 BLURB:
Forty-something Defiance Dayne only recently discovered she comes from a long line of powerful witches. Added to that was the teensy, infinitesimal fact that she is what’s called a charmling. One of three on the entire planet. And there are other witches who will stop at nothing to steal her immense power, which would basically involve her unfortunate and untimely death.
No one told her life after forty would mean having to learn new lifeskills—such as how to dodge supernatural assassins while casting from a moving vehicle—or that the sexiest man alive would be living in her basement.
Whoever said life begins at forty was clearly a master of the underappreciated and oft maligned understatement.
EXCERPT:

Smiling, I turned to see three people standing behind me, all with mouths slightly open in shock. Or awe.

Annette, my spunky sidekick, blinked at me. Her mop of curly, chestnut hair had seen better days, including the large strand that covered one teardrop of her turquoise cat-eye glasses.

Next to her stood the tall glass of water known around these parts as Houston Metcalf, the city’s chief of police, and the tasty love interest of my deceased grandmother. Not that she let her state of deadness interfere with their relationship. The fact that he was graying at the temples did nothing to detract from his sweltering good looks.

But the pièce de résistance was the stunning specimen of drop-dead male beauty next to the chief. Standing just as tall, Roane was lean, muscular, and right off the cover of Men’s Health. His dark red hair, streaked with gold, brushed wide shoulders that tapered down to washboard abs. Not that I could see it now, but I had a fantastic memory when it came to all things Roane Wildes. A close-cropped beard, only a shade lighter than his hair and tinted silvery gray, framed his perfectly formed face.

And then there was, of course, the kilt.

As always, he wore a dark leather kilt and work boots like they’d been created just for him. I’d never been more grateful that this dream chose not to deviate from reality. Normally, my dreams would’ve had him wearing something ridiculous like polka dot pajamas and bunny slippers. Not that he wouldn’t still be spectacular. Especially with all the ink. But I liked reality much, much better.

I walked over to him and brushed my fingertips along his ribs, his thin T-shirt doing little to disguise the reflex of his stomach hardening under my touch. “Now this is my kind of dream.”

“Dream.” One corner of his seductively sculpted mouth rose.

But I didn’t know if he was questioning or confirming. “Dream,” I verified, just in case.

“Defiance,” Annette said. She covered her mouth with both hands and said from behind them, “Oh, my God. You’re . . . you’re here. You’re alive. You’re awake.”

“I am.” I moved in for a quick hug and she stiffened. Even in my dreams she wasn’t a hugger. I gave her a quickie then pulled back and smiled up at the chief. “Hey, Chief.” When I gave him a quick hug as well, he leaned into it but didn’t reciprocate.

Odd. He was a total hugger. “Daffodil.” He seemed just as surprised as Nette to see me. Also odd. A warm smile softened his face. “Are you okay?”

“Never better, Chief.” Turning to Roane, I grabbed a handful of his T-shirt and pulled him toward the stairs. “Come with me, mister.” Our hugging needed to be a little more . . . private. “Since I’m dreaming anyway, I may as well make it a wet one.”

The surprise on the chief’s face was precious, the wicked grin on Roane’s priceless.

“Deph.” Annette shifted her weight like she was suddenly uncomfortable. “We should probably talk.”

I turned to her. “Yeah, I don’t think so.” She wasn’t about to ruin what came next. “See this man right here?” I leaned in and bopped Roane softly on his perfectly shaped nose.

His grin widened, and he shook his head.

“This just happens to be the man of my dreams. And since I’m dreaming, there’s simply no better time to have sex with him.” I gave Roane a saucy once over. “We might should hurry before I wake up. Talk about coitus interruptus.”

He disguised a laugh as a cough behind a very large closed fist.

I almost drooled. “I can’t even imagine what those hands are capable of.”

He sobered and pulled his lower lip between teeth, eyes glistening with interest.

“No, you don’t understand. Things like this don’t happen in real life.” I demonstrated by putting my hand on the banister.

The vines parted soundlessly, their movements graceful and hypnotic. “Therefore, this is a dream.” I practically melted against Roane. “Therefore again, you and I are going all the way. Twice.” I took his hand and led him up the stairs. Speaking over my shoulder, I elaborated, just in case he needed clarification. “We’re getting it on.”

The chief only chuckled.

“We’re parking the Plymouth in the garage of love.” I lifted his hand over my shoulder and led him up the thick wooden steps. “I haven’t had a cookie dipped in this cream in far too long.” Then I turned and speared him with my best come hither. “Can you tie a knot into a cherry stem with your tongue?”