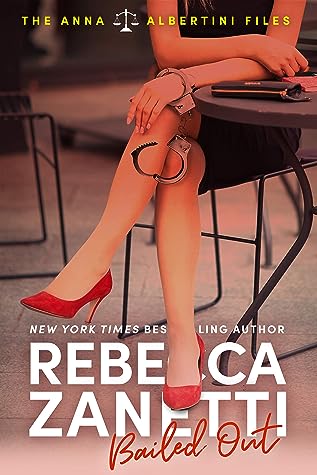 The Past Never Stays BuriedAnna Albertini is settling into a routine while ignoring the fact that the blue-eyed Irishman she’d allowed into her bed has up and disappeared on her. Two weeks without a phone call is no big deal, but still. With her hottie Italian boss goofing up the prosecuting attorney’s office, she at least has something to fix. Until she appears in court, across from her sister Tessa’s dirtbag ex. Then she has a mission.Unfortunately, Anna isn’t the only person who wants the ex put behind bars…or in the ground. Which is not a problem until she and a local cop find the ex-boyfriend deader than dead…with both her sister and Aiden standing over the body.As a prosecuting attorney, it’s Anna’s job to build a case against Tessa and Aiden. As a sister, it’s SO her job to get Tess out of this mess. As Aiden’s…what? Lover—girlfriend—friend from the past—it’s Anna’s job to figure out who the heck he really is. She has to dig out the truth, regardless of her ambitious boss or the cranky cop trying to thwart her every move.

Sometimes a woman has to take matters into her own hands, regardless of the consequences.

I finished Bailed Out last night, the second book in Rebecca Zanetti's EXTREMELY ADDICTIVE Anna Albertini Files series and WOWZA! WHAT AN EXPLOSIVELY FUN, WILDLY EXHILARATING AND ALL AROUND IRRESISTIBLE READ!

The second Anna Albertini book may very well be even better than the first with some side splitting humor, sizzling chemistry, jaw dropping twists and edge worthy danger, I was completely and thoroughly enraptured and whole heartedly entertained! Anna is the kind of heroine I truly admire and adore. She is fun, sweet, strong, smart and has a wonderful sense of loyalty to her family and to Aiden. My girl crush on her has grown stronger with this book that's for sure. And Aiden just got more intriguing and I am even more smitten with him after learning his secrets. This series makes me ridiculously giddy! There was some scenes I swear to all the book gods, I about died laughing at. This series makes me happy and I want ALL the books in this series in paperback form because I am in love with both Aiden and Anna!

Bailed Out gets an easy TEN GOLD STARS...SCRATCH THAT, BAILED OUT GETS ALLLLLL THE STARS! If you are looking for an UNPUTDOWNABLE series, The Anna Albertini Files series is the one for you....TRUST ME!