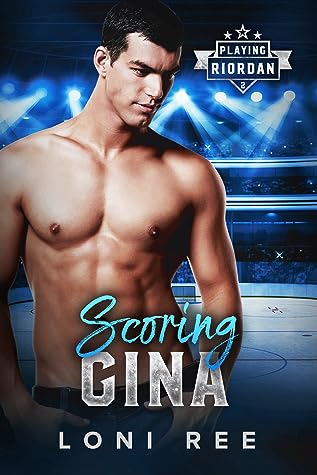 I thought nothing would ever matter more to me than Hockey, but fate stepped in to prove me wrong…After discovering my season-ending injury is much worse than the doctors initially thought, I know my Hockey career is over. I return to Riordan’s Cove, angry and adrift. Wanting to punch a hole through the wall every time someone looks at me with pity in their eyes, I distance myself from my family and drown my sorrows.I’m knocked on my rear, literally, by the adorable, nerdy waitress trying her best to juggle the wild crowd in the rowdy bar. Who in the hell hired her to work in a dump like this? When she looks up at me and bites her lip, my worries about what I’ve lost flee my mind, and I suddenly want to play a whole new game—scoring the girl who’s just captured my heart.It won’t be easy. She thinks I’m a dumb jock who’s not worth her time. Now, I need to prove to Gina that I’m serious and in love.Scoring Gina is the most important play I’ve ever made.

Scoring Gina is such a sweet, sexy, heart melting romance that I found to be fantastic, fun, and smoking hot! The characters are downright irresistible and perfect and the plot is PERFECTION. I finished this quick, sexy read in one sitting and loved it ever so much. The story played out in the best way and one I thoroughly enjoyed. What a sweet, spectacular book!

Posted by Marie's Tempting Reads at 11:28 AM