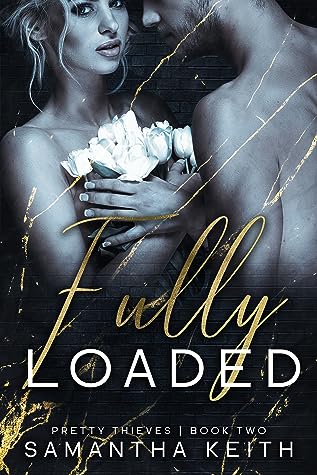 Dani Metcalf just recovered from a brutal kidnapping, but even that can’t turn her away from the life of crime she’s always known. Stealing a file from a world-renowned Genevan chemist for a rival company is a walk in the park. But when her apartment door goes up in gunfire, she realizes she’s in over her head. Her scheming ex is the last person she wants to call, but his calm, quick-to-action persona is what she needs to survive the night.

Brock Wyler is still reeling from Dani’s distance. He helped save her life, yet she refuses to end their feud. A panicked Dani calls from Geneva, and he gets on the next plane. Someone is out to kill her and when she’s labeled as a terrorist in the news, Brock can’t stay away.

The formula she stole isn’t just valuable, it’s deadly enough to wipe out civilization. With every minute alive being a gift, the heat between them becomes impossible to control—and just as lethal as the formula they possess.

I was blown away by this book. It was captivating and intense and loaded with intrigue and passion and tension that had me wanting to chew my nails. I was so focused on this book I swear it felt like I forgot to breath at times. Samantha Keith had me ALL in with Fully Loaded!