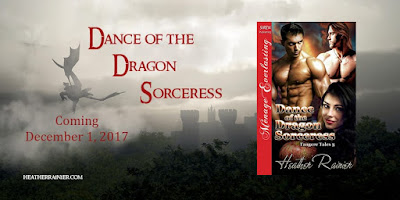 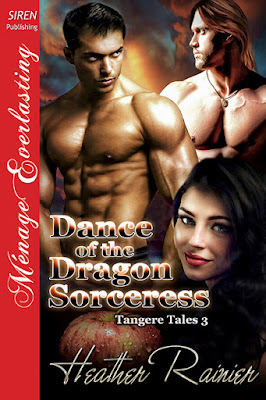 [Siren Menage Everlasting: Erotic Contemporary Fantasy Fairy Tales Menage a Trois Paranormal Romance, M/F/M, HEA]
Basile and Rainger are sworn to defend and foster the baby dragons of the Eastern Kingdom. While searching for the heir to the dragon king's throne, they fall under the spell of a bewitching brunette. Desire takes a back seat to duty because they must find the baby dragon before it falls into the hands of the evil queen, Draconia.
Seeking shelter from a storm for herself and the odd little stray she picked up, Elaina takes refuge in the stronghold of the Knights of the Order of the Dragon. She's discovered sound asleep with the tiny dragon king curled up beside her, and mayhem ensues when the prince, the huntsman, and the seven knights learn firsthand she's not some damsel in distress.
When Draconia learns of the enchanting beauty that has stolen the hearts of the men whom she desires for herself, she sets a plan into motion that endangers Basile and Rainger's love for Elaina before it's barely begun.

My least favorite Disney princess growing up was Snow White, but after reading Miss Rainier's version of Snow White, I am VERY HAPPY to say that THIS version is now my TOP favorite! This story was an incredible adventure that had me on the VERY edge of my seat, laughing out loud, smiling from ear to ear and sighing with pleasure. WHAT. A. BOOK.

In Dance of the Dragon Sorceress, I was taking on a hell of a magical, entertaining, STUNNING ride with Dragons, a very fun heroine, 2 studly heroes and very lovable Dragon Knights. I was completely and utterly captivated with this story and Draconia is most definitely the BADDEST of the bad! She isn't your average enemy folks, she is the WICKEDEST and I want to say, the scariest enemy I have read in a VERY long time in a book. EVERY single thing about this INCREDIBLY erotic and fun story appealed to me. I LOOOOOOOOOVED IT! And for those that have read the 2 previous books, Beasts In Winter and Midnight of the Fae, you will absolutely LOVE the ending to this book!

Dance of the Dragon Sorceress gets a FUN, SEXY, AND VERY MAGICAL FIVE SHOOTING STARS! Its down right BREATHTAKING! This WHOLE trilogy gets a TEN STARS ALL THE WAY! 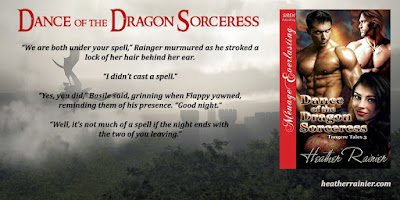 “Tell me, Elaina, are you very afraid of heights?” Basile snorted and answered for her. “Not at all! She is most entranced by the Falls of Innocentio. I was afraid she would take a dive from the painted dome and go swimming down below.” She chuckled and shrugged. “I doubt I’d ever do a swan dive through several hundred feet of space, but he’s right. Heights don’t bother me.” “You can turn into a swan?” Rouge inquired. Feeling a bit playful, she just chortled in reply and allowed them to think what they would. “Then a ride on a dragon would be nothing to you,” Indigo said with assurance in his tone. Basile chuckled quietly at the way her jaw dropped as she looked around. The large cavern had an opening at the other end that looked out onto the cloudy gray sky. Just then a shadow passed overhead. “I think he’s here. Look.” Elaina! a masculine voice suddenly said to her. Elaina stumbled and would’ve gone end over end if Basile and Rainger hadn’t caught her. She could hear them speaking to her, but she focused on the voice in her head. The tiny spark of their connection also flared to life. Is it you, Flappy? We’re coming to you right now. Are you okay? Are you still recovering? You must be exhausted from the journey. Selena said Draconia is coming— A deep chuckle rumbled across their connection. Yes, I know. But I want to hear all about you. Come outside. They reached the opening, and she recalled he’d told her once that there was a ledge jutting from the mountainside that was perfect for landing and taking off. Pausing so as not to be trampled under his feet, she looked out but didn’t see anything. From overhead, Lord Violet suddenly leaped down in front of them. “Welcome back, Lord Violet,” Basile said, sweeping the sky with his gaze and then smiling up at a spot behind her. “Welcome back, Your Highness!” She turned and nearly fell over, shouting in alarm at the massive beast clinging to the mountainside above the ledge. It tilted its head and then curled its lips upward, baring enormous fangs. Her knees buckled, and the absolutely gigantic dragon’s amber eyes widened in alarm when she hit the ground. Meemee, do not be frightened. It is me, your Flappy. He inched closer as the men helped her to stand on shaky legs. Heat emanated from the dragon as he slowly brought his head within arm’s reach and gripped the upper edge of the cavern opening with a scaly, majestic hand. He flexed his claws, and when she looked down, she spotted a slightly bedraggled flowered headband stretched around one claw.

CHECK OUT THE WHOLE TRILOGY: 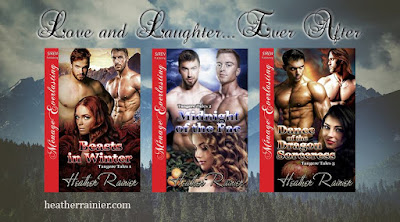 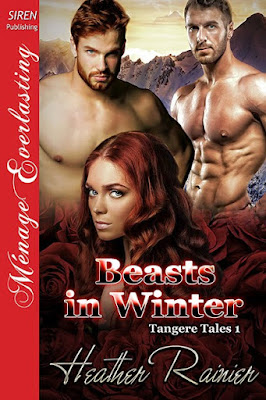 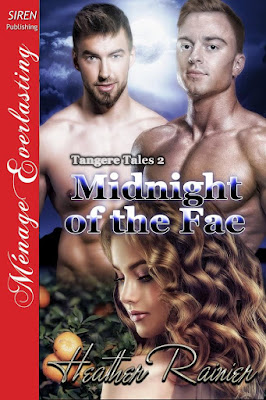 MIDNIGHT OF THE FAE: