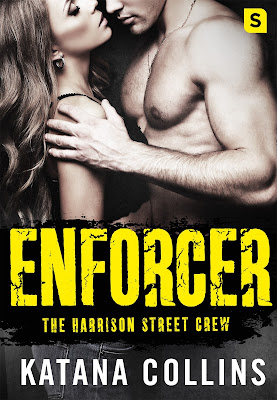 Worse than bad. Hotter than hot. These are the bad boys of the Harrison Street Crew, and they answer to no one. They take what they want. And what they want is you.

Ryan Gallagher is the one who does the dirty work. The brute force in the Harrison Street Crew, he lives to have the club all for his own one day. But the one thing he can’t have is Megan Mahoney—the one woman he’s loved since she was a teenager who needed saving.

Megan never forgot the all-consuming passion she felt for Ryan, her larger-than-life, wild teenage love. But coming from a hard, shocking past has left her broken and scared—and untrusting of the Harrison Street Crew. Ten years later, she’s back in Ryan’s world to claim a promise he made to her years ago. And even though she knows she shouldn’t fall for him, Ryan still has an explosive, sensual pull on her that she can’t ignore.

Ryan’s powerful love for Megan is the only thing that could ever soothe the tempestuous beast that roars in his soul. And when she comes back to him to aid her in a dangerous quest—a deadly revenge plot he swore he would be a part of years ago—Ryan can’t say no. He lives to protect this woman. He will die loving this woman. And as the stakes get higher, the love that they have kept hidden all these years explodes and goes further and deeper than either of them expected. But with a dark threat from Megan’s past thrust headlong into their lives, can their love win out? 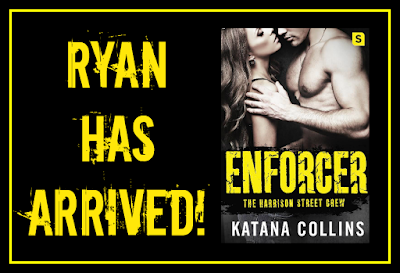 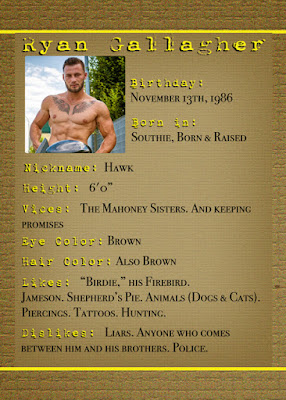 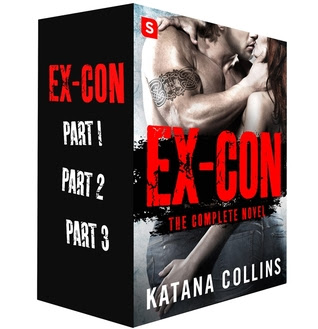 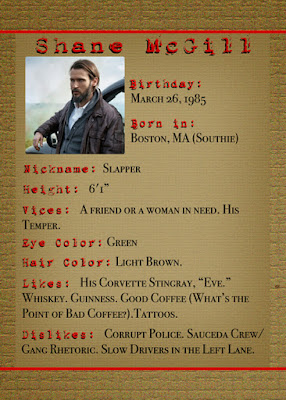 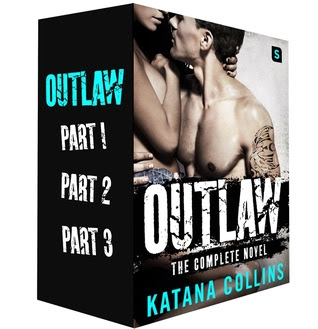 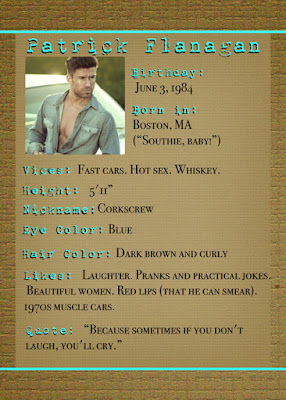 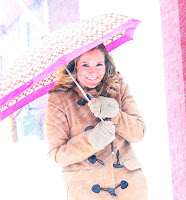 When Katana Collins was younger and stole her mother’s Harlequins to read beneath the covers with a flashlight, she wanted to read about the tough as nails heroine. The perfectly imperfect girl with quirks and attitude and sass. And the anti-heroes who were anything but “Prince Charming.” Forget the knight on a white horse… she wanted the bad boy on a motorcycle.

She lives in Portland, Maine, with an ever-growing brood of rescue animals: a kind of mean cat, a very mellow chihuahua, and a very not mellow lab puppy... oh yeah, there's a husband somewhere in that mix, too. She can usually be found hunched over her laptop in a cafe, guzzling gallons of coffee, and wearing fabulous (albeit sometimes impractical) shoes.

She loves connecting with book lovers like herself, and fellow sassy storytellers, so feel free to drop her an email, visit her on her website: www.katanacollins.com Or connect on Instagram/Twitter (@katanacollins) or Facebook (www.facebook.com/katanacollins)! 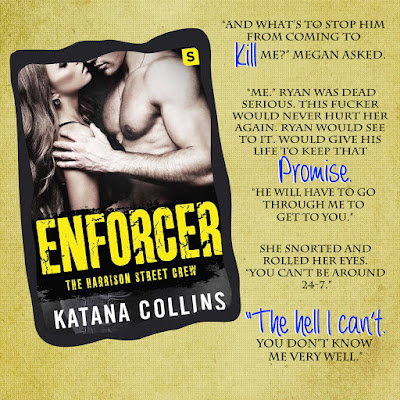