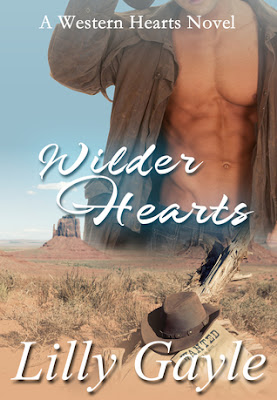 Writing about the outlaw, Jake the Snake, could be the opportunity of a lifetime—if it doesn’t get her killed.

When Ellie Wilder takes her sister from their grandfather's home, she's determined to put her family back together and write of their adventures. Then she runs into Jacob Harper, a man who resembles Jake the Snake, a notorious outlaw who once rode with Billy the Kid. Is it possible the outlaw who escaped justice has mended his ways? Or is the handsome Mr. Harper now murdering servant girls in Austin? Finding out the truth could be the journalistic opportunity of a lifetime.

Former Texas Ranger Jake Harper has returned to Texas to help solve the Servant Girl Annihilator murders. But when a similar murder occurs in Harmony, Texas, Jake goes undercover as Jake the Snake to find a connection between the series of brutal murders. Then Ellie Wilder shows up. Her snooping could blow his cover and get her killed, but Ellie soon becomes a bigger threat to his heart than his investigation.

I don't usually get into western romance, but with Lilly Gayle, I just might get into them more in the future. This story had a lot of action and some damn HOT romance! I liked Jake and Ellie. These two had a simmering chemistry that you could practically feel with every encounter.

And the danger and the mystery on who the real killer is..WOW! Talk about completely nail-biting! I didn't expect to love this story as much as I did, but indeed I did. Miss Gayle did a truly great job of describing a perfect western town with scenes and sights that one would expect. I almost felt like I was right there in that town where these murders were taking place! WOW!

Wilder Hearts gets a SURPRISING AWESOME FIVE SHOOTING STARS! It truly is an incredible western book. Who knew, one could enjoy a western so much. *Wink*
Posted by Marie's Tempting Reads at 10:09 AM